The Basics of "Kitec," and What Sellers and Buyers Need to Know 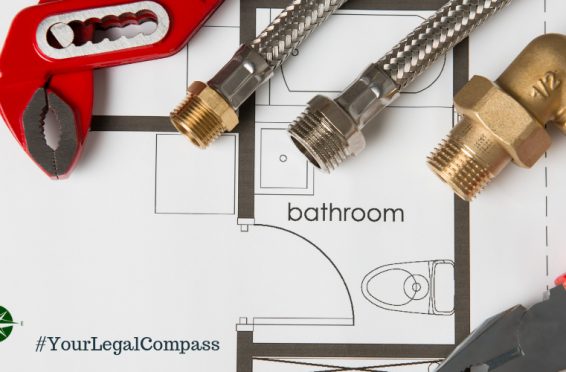 The Basics of “Kitec,” and What Sellers and Buyers Need to Know

Whether you are an existing homeowner or someone looking to purchase a property, you may not have heard of “Kitec” piping, which is a product sold and used between 1995 and 2007. It was used in new home construction and in renovations of some existing homes, as a piping system for carrying water throughout the house, and for supplying water to radiant heating systems for both the home itself and for flooring and heated towel racks. The outside is prominently stamped with “Kitec” and is made of plastic (cross-lined polyethylene or PEX), while the inside is lined with aluminium. The pipe is usually orange in colour, but in some cases may be blue, gray or white.

What‘s the Issue with Kitec?

Some homes that contain Kitec have reportedly been riddled with problems; mainly, the deterioration of the fittings, as well as the disintegration of the pipes themselves in some cases.

In fact, the problems with Kitec were so significant and so rampant that the manufacturer, IPEX Inc., was sued by various end users in the U.S., Ontario and Quebec in a class action lawsuit. IPEX eventually settled those claims for $125 million.

(If you think you may be eligible to take part in that settlement, contact a lawyer and see www.kitecsettlement.com for more information. The deadline for submitting a claim is January 9, 2020.)

The result of these problems, and the ensuing frenzy of corporate litigation, is that in the resale market there appears to be a stigma affecting those homes containing Kitec pipes – similar to the stigma which affected those homes containing U.F.F.I. in the 1970s and 1980s. The stigma continues to date, which is the reason for the U.F.F.I. clause in all Agreements of Purchase and Sale. Agreements of Purchase and Sale should also provide a representation and warranty that the property does not contain Kitec.

To amplify the problem, some insurance companies are now refusing to provide insurance for those properties containing Kitec based on the insurers’ liability risk assessments. Many financial institutions now require confirmation that the property does not contain Kitęc.

This makes these properties even less attractive to potential buyers,

The issue is not confined to single-family homes that may have kitec installed. The problem also affects many Condominium buildings that also contained or still contain Kitec. These Condominiums now face or have faced major expense and inconvenience to have it removed and replaced.

The financial costs of remediating this problem has resulted in many Condominiums requiring Special Assessments levied against the owners to fund the removal of the Kitec and installation of proper piping. Owners and property managers must disclose the presence of Kitec if it is contained in the common elements of the Condominium and/or the units themselves.

These large-scale remediation undertakings can even spark costly litigation: In a recent Ontario court decision, for example, the court was asked to rule on the fairness of the tender process that was used by the Condominium Corporation to solicit bids by contractors to participate in a very large-scale Kitec replacement project covering 209 units in a 10-story building. In that case, the dispute was between the Corporation and one of the unsuccessful contractors, who had assumed – based on certain verbal dealings with the Condo Board – that he would be chosen as the single contractor hired to replace all the heating piping, including the pipes located inside the individual units.

In fact, there was something of an informal solicitation by the Condo Corporation, directed at him and at least two other bidders. This prompted some misunderstanding on whether a contract had ever been reached with him, and on the level of commitment to the remediation plan he proposed. There were also some objections by unit-owners, who did not want the particular contractor to do the work within their specific units.

Against the background of this dispute, the court ordered the Condominium Corporation to use a formal tender process to solicit bids from a wider base of contractors. Perhaps ironically, that process resulted in the contractor being excluded even though he had previous experience working in the building, and even though the Condo Corporation itself seemed to want to choose him for the work. Nonetheless, the Corporation awarded the kitec remediation contract to someone else.

The contractor’s motion for summary judgment, asking the Court to recognize the existence of a contract and awarding him damages, was dismissed. The matter was sent on to trial – but not before the Condominium Corporation incurred significant legal fees to get the matter dismissed by the court at the early stage. (The main trial in this matter is still pending.)

The case highlights the fact that Kitec remediations can be complex, involving unforeseen parties and prompting costly unwanted litigation.

Here are some tips on what to do if you own, or suspect you own, a property with Kitec installed:

1) How do I find out if my home has kitec pipes?

If you have a home with radiant heading and a water-heating system that was installed between 1995 and 2007, it is worthwhile to have a qualified plumber come in to do an inspection to determine whether Kitec was used in the installation, and if so, whether there has been any deterioration or damage.

If it turns out that kitec has been used in your home, then the best thing to do is to have it immediately replaced. With that said, the decision may be contingent on various things, including the plumber’s assessment of any damage versus the estimated replacement cost, and whether you are planning to sell the home in the future.

If your home contains Kitec and you decide to sell without replacing it first, then here is what you should know:

The existence of the Kitec should be disclosed, either on a Seller Property Information Sheet (if you and your real estate agent are using one), or merely as part of the general disclosure obligation on the part of sellers that extends to any potential buyers.

While it may be tempting to keep quiet and rely on the concept of “buyer beware”, the decision to provide up-front disclosure can provide the following legal advantages:

It prevents the successful buyer from coming back to assert a legal claim for damages against you, should the previously-undiscovered Kitec come to light post-closing, after costly repairs or replacement are needed.

It also eliminates any accusation against you that you have fraudulently misrepresented the condition of the property, or have actively concealed the presence of Kitec; such allegations can be actionable in law and can result in costly litigation. (And if the allegations are proven true, you can be liable to the buyer in damages, including punitive damages, as well as legal costs).

If you decide not to replace the Kitec before listing it for sale, it may nonetheless be worthwhile to have a reliable quote for its replacement handy. This way you can use the information as a “bargaining chip” in the price negotiations with the buyer, when it undoubtedly comes up in response to your disclosure, or on his or her own initiative.

Even if you are briefly tempted not to disclose the existence of unremedied Kitec, any prudent potential buyer will probably hire a home inspector, who is likely to point out its presence. This will put you back where you started, in terms of having to replace or account for the cost of replacing the Kitec in your home, with the added element of potential mistrust on the buyer’s part, when it comes time to negotiate a favourable deal.