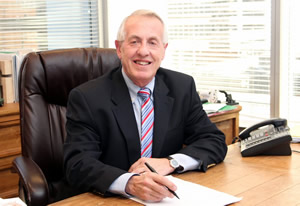 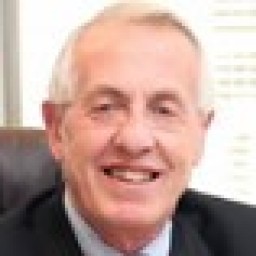 Big Changes to Estate Planning in Ontario Affect You!

For those who aren't yet aware: January 1, 2022 was the date that some big changes to Estate Law came into effect in Ontario — and they are especially noteworthy for those who are married, in a common-law relationship, or separated. So let's quickly get you up to speed!

From the perspective of the average person, this amending legislation makes some drastic changes that impact two main frontiers of Estates law:

Let's get into the details.

Electronic/Virtual Witnessing of Wills and Powers of Attorney

With the arrival of the COVtD-19 pandemic, the law was adjusted to temporarily allow for Wills and Powers of Attorney (POA) to be signed remotely, rather than in-person. This impacted any Will or POA made on or after April 7, 2020. These "temporary' measures have now become permanent, but with some adjustments.

But we need to start with an important point on what has not changed: In Ontario, a testator must still sign his or her Will by hand, with a physical pen. The same goes for POA. In other words, electronic signatures are not considered valid for creating either of these documents.

However, the signature on a Will or POA may now be witnessed remotely, provided that:

Irregularly-Signed Wills Can Be Validated by the Court

It is not uncommon that Wills are not signed in strict accordance with the formal requirements set out by the legislation. However, the amendments make it easier to validate issues in some circumstances.

As of January 1, 2022, the Ontario Superior Court of Justice now has the authority to make orders that retroactively validate these kinds of faulty documents, in some circumstances. The court must be satisfied that the document or writing sets out the intentions of the deceased, or that it sets out the deceased's intent to revoke, alter or revive their Will (as the case may be), These new court powers cannot be extended to documents that have been executed electronically (i.e. by way of an electronic signature) — only those that have been signed in pen.

Existing Wills Not Revoked by Marriage

Next, there has been an important change around what effect a person's new marriage has, on an existing Will. Prior to January 1, 2022, if a testator had an existing Will at the time he or she got married, then the Will was considered automatically revoked upon marriage.

Now, marriages that take place on or after January 1, 2022 no longer trigger this automatic revocation. Instead, the existing Will remains valid, but can be simply revoked in the normal course by the testator if he or she wishes to.

Under the recent changes, separating from a spouse has significant legal consequences if one of them later dies.

(Previously, a separated — but not-yet-divorced — spouse could still share in the deceased testator's estate if they were named in his or her Will, or if there was an intestacy (i.e. a person dies without a Will). The net effect of this change is to ensure that separated spouses are legally treated in the same manner as fully-divorced spouses under provincial Estates legislation).

Note that this is subject to any express exceptions contained in the Will, around the intended effect that any separation might have on the separated spouse's entitlement upon the testator's death. It also does not impact the rights of a separated spouse who is named as a beneficiary on a life insurance policy.

Changes Around Intestacv Rules, The SLRA currently establishes certain rules in the case of intestacy, which formerly applied to spouses who were separated. Now, under the new changes, if a testator did not have a Will at the time of his or her death and was separated, then the spousal entitlements under the SLRA no longer apply to the scenario.

It should be noted that for these purposes, the term "separated" is defined to include those situations where the deceased testator and their spouse lived separately for three years, due to the breakdown of their marriage, in connection with the testator's death that occurs after December 31, 2021. It also covers situations where the spouses have entered into a written separation agreement.

Good Advice is a Must

These are a lot of Estate law changes at once, and good Estate planning advice is a must. Otherwise, you might find that your Will and Power of Attorney does not achieve the desired effect. Feel free to give our office a call.