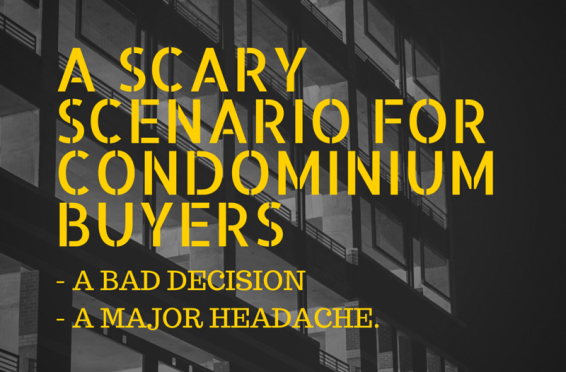 A recent decision released by the Ontario Court of Appeal is not only scary, but in my mind is a bad decision which abrogates the rights of Condominium Buyers.  The central issue was whether a Board of Directors of a Condominium Corporation, appointed by the Developer prior to the time when the Unit Owners elect their own Board of Directors, can vote to prohibit the Buyers from suing the Developer for deficiencies not covered by the TARION Warranty.

The Agreements of Purchase and Sale and the Disclosure documents provided that the Builder’s liability for deficiency claims (and therefore the Buyers’ collective right to sue) were limited to those claims that came within the TARION Warranty program, i.e. Buyers could not sue the Builder for claims outside the Warranty program’s envelope.  Following registration of the Condominium project, the Developer-appointed Board of Directors entered into an agreement with the Builder which likewise restricted a Buyer’s right to sue the Developer.   The Developer-appointed Board of Directors went so far as to enact a by-law confirming the Agreement, which by-law was registered on title thereby serving as actual notice to all subsequent Buyers.

Once the Buyers had collectively elected their own Board of Directors, that new Board brought a Court Application to have the Agreement and by-law overturned, arguing that the Developer’s Board did not have the legal right to restrict the Buyers’ right to sue for deficiencies outside of TARION Warranty program.

“… the warranty agreement and the by-law are lawful and valid.  There is nothing inherently unreasonable in a Declarant limiting its liability for construction deficiencies in the manner done here.  None of the provisions cited by TSCC 2095, either individually or read in the context of the Condominium Act as a whole, prevents a Declarant from entering into such an arrangement.”

“Whether developers should be prevented from limiting their liability to the statutory warranties provided in the… Act is a matter of policy for the legislature and not one for judicial determination.”

As a result of the decision of the Court of Appeal, the Buyers were ordered to pay the Developer’s legal fees totaling $27,000.00… of course the Buyers had their own lawyers’ legal fees to pay as well.

What is to be learned from this case?  Specifically, Buyers of new condominium units should be aware and careful before signing an Agreement of Purchase and Sale that both the Builder’s Agreement of Purchase and Sale and the Disclosure Documentation are complex, full of hard-to-understand legal jargon which is burdensome on Buyers, totally drawn in favour of the Builder, and a moving target.

Therefore, Buyers must ensure they have the Agreement reviewed by an experienced condominium lawyer and explained to the Buyer during the statutory 10 day cooling-off period – do not wait until the 9th day to speak to a lawyer – it will not give the lawyer sufficient time to review the Agreement, meet with the Buyer to explain the significant portions of the Agreement, point out the uncertainties and the moving targets, or as I refer to it as “buying a pig in a poke” all in addition to corresponding with the Builder in an attempt to obtain changes to some of the one-sided provisions and ludicrous additional charges (referred to as Adjustments) contained in the Agreement of Purchase and Sale.